Where you can see a church steeple reach for the heavens and glimpse the foothills of the Wilder Kaiser massif, is where idyllic town of Schwendt is located. Schwendt is part of the Kaiserwinkl, a pristine region between the Kaiser mountains in the south, and the Chiemgau Alps in the north. Kaiserwinkl lies off the beaten path and away from the crowded tourist spots but still offers plenty of great activities for all ages and interests. Schwendt is situated approx. 25 kilometers north-east of Kufstein, near the Bavarian border.

Admittedly, Schwendt is a bit far away from everything but it’s the perfect location for those wanting to get away from the pace of the big cities and enjoy a relaxed country break. It offers the peace and quiet that you would expect to find in the heart of the beautiful Tirolean countryside.

Schwendt makes a great base for those interested in hiking.  Easily accessible and beautiful options include Zahmer Kaiser, Wilder Kaiser, and the pristine Kaiserbachtal (Stripsenjoch)  in the hamlet of Griesenau. No car is needed for hikes to Scheibenkogel , Kohlalm and Stubenalm (cheesemaking farm). Other popular activities in Kaiserwinkl include rock climbing, mountain biking, paragliding, rafting and swimming. Lake Walchsee is only stone’s throw away.

Schwendt is also a great winter destination. It’s a place where you can take time to reconnect with nature and savor the season away from the hustle and bustle of the big winter sports resorts. Beautiful winter walks, snowshoe hikes, sledding, Nordic skiing and ski mountaineering are some of the activities you can have fun with in the cold season. Schwendt itself has no ski lifts but the ski slopes of HochKössen and Zahmer Kaiser are only a short drive away. Other ski resorts in the greater area include St. Johann i. Tirol, Steinplatte, and Skiwelt Wilder Kaiser-Brixental.

The name “Schwendt” derives from “schwenden”, an old word for “to clear vegetation”. An ancient Lapp axe that was found near the town dates back from the 8th century but Schwendt itself wasn’t officially mentioned in a document until 1160. Located along the then important road to Kössen and via Klobenstein pass to Aschau in Bavaria, Schwendt was once considered a trade town.
In the middle ages iron and lead ore were found in the greater Schwendt area and soon mines were opened up.  Mining lasted until the end of the 19th century when the last mines closed. Today Schwendt is a small agricultural town with some tourism

The history of the house starts in the 12th century when it was built as hunting estate for Herrenchiemsee, an Augustinian monastery whose monks and priests were producing honey, butter and meat, and brewing beer. In 1554 the estate was turned into an inn, the Schwendterwirt, and eventually purchased by the Schwaiger family. Today’s Schwaiger family is the third generation to own and run the Schwendterwirt. Today, as back then, the hotel with its beautiful vaulted ceilings provides a warm and welcoming atmosphere that keeps guests coming back.

Why You Should Stay With Us

Book a time for two 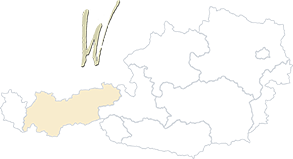